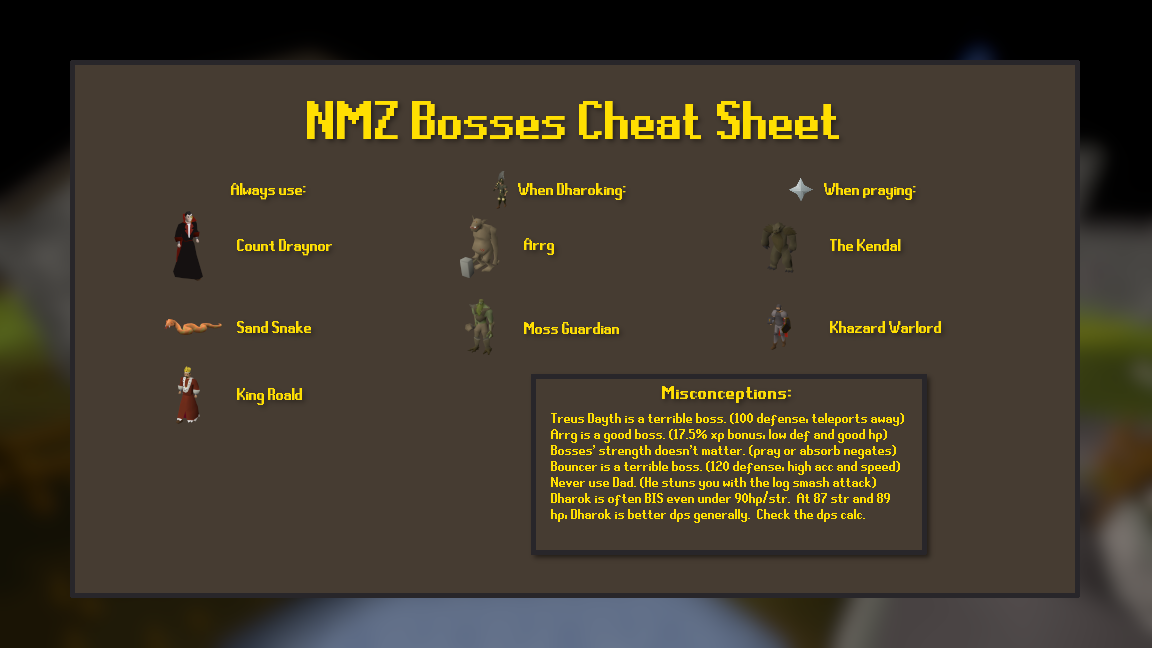 Nightmare Zone is a combat minigame where players fight bosses they have met during questing. The whole activity takes place in a dream, which Dominic Onion creates with his own magic powers for the player and their foes to battle each other inside of it. Players need at least five quests from this list completed before being allowed to play: Tree Gnome Village, The Grand Tree, Fight Arena, Vampire Slayer, and Lost City- but there are over 20 more that can be done as well so you unlock new OSRS bosses to fight.

You need to finish at least five of these RuneScape quests before you enter The Nightmare Zone.

Introduction To The Nightmare Zone

NMZ was created by Dominic Onion. In his dream, he saw a great structure where he was in charge of an amazingly profitable business; but when Dom woke up and told his dad about it all that person did is laugh at the poor boy who promised himself that will find out what's the meaning behind this dream.

After a lifetime of dreams that showed him the location of what he thought was his long-lost tower, Dominic left home to study Oneiromancy at Lunar Isle. When money began running out, Dominic moved north from Yanille where he opened up shop selling "dreams." Noticing an abundance of bad dreamers nearby Nightmare Zone, it occurred to him there may be something sinister about this place and its inhabitants; thusly naming them Nightmares.